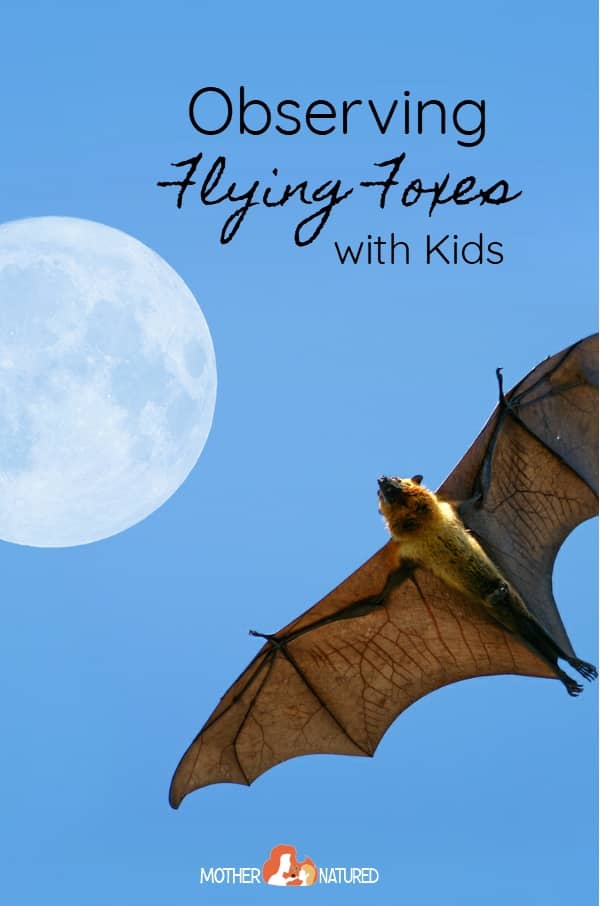 I enjoy watching  bats fly over our house at night. One particular night, I was looking forward to teaching my eldest daughter what we can learn from watching a flying fox colony.

We went for a stroll to our local park to watch the bats and get some great photos… but by the time we arrived, every single one of them had left!

I was so disappointed.

That’s the thing about bats though – they’re classed as the ‘backpackers of the sky’. They move around depending on the season.

Thankfully the flying foxes returned two months later, and we were able to spend some quality time taking great photos and watching their behaviour.

If you’re an animal enthusiast, or even just slightly interested in the comings and goings of night life, I strongly encourage you to visit a bat colony! You will learn so much just by taking some quiet time near their roosting site to sit and watch. It’s such a simple activity, yet there’s so much to learn and so much to see.

We sat quietly and watched them near dusk. This is what we learnt:

What to notice while you’re observing the colony.

Bats live in a community  and it’s interesting to observe their interactions. Watch closely and you might notice: 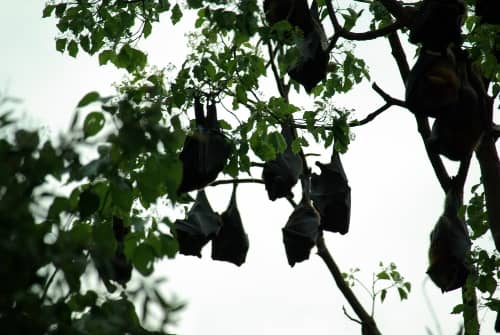 Remember never to touch bats. If bitten by an infected bat, humans can contract a disease called the  Lyssavirus. If you find a sick or injured bat, put a box or washing basket over it and ring a wildlife rescue organisation, like Wildcare.

You may have heard about Hendra Virus, too. This doesn’t pose a threat to us directly from bats but you can learn more about it here.

Miss Possum fell in love with bats from an earlier bat activity. Although these are a different type of bat, watching them has strengthened her affection for them.

And although she may occasionally still call them wombats by accident, she knows much more about bats, how they live and where.

The act of observing wild animals is the simplest and perhaps one the most enjoyable ways to encourage a love of wildlife.

Do you like bats? What animals have you  and your children watched lately?